The Psychology Behind Creativity — And Why it Matters

Creativity is such a delicious word. When I think of it, I envision the letters written in rainbow colors and an enchanting font (but hey, that’s just me). Metaphorically speaking, it’s approaching a task like a hang glider about to launch her body off of a mountain so high that her first few moments are spent soaring above the clouds. It’s the ability to maintain a bird’s eye view while honing in on the granular details of something with a fresh mind and a fresh spirit — and building or shaping something completely novel.

Some people in the B2B tech spheres view creativity as a “fluffy soft skill” and nothing more. It’s a nice-to-have but not as important as, say, coding experience or STEM background. I get it; tech is sexy and sex sells so sexy tech sells (say that fast 5 times). Of course, selling tech requires some creativity and ingenuity because it involves finding new ways to solve old problems. In that sense, everyone agrees that creativity is important.

But what about creativity as a mindset? I think this is where some B2B tech companies miss the boat. Yes, building a tech-driven solution from the ground up is a worthy goal and an important focus to have; however, creativity is also found in the little things. In fact, it’s often the miniature acts of creativity that inspire that grand, mountain-moving jolts of creativity.

Psych 101: How Creativity is Born

Let’s start with the science. Research shows that building divergent thinking skills, learning, and exposing oneself to new experiences spurs new connections between different regions of the brain, which is how creative thinking happens. In other words, creativity requires practice.

Everyone has some degree of creativity, and it can be nurtured by setting aside habitual thoughts and allowing new thoughts to enter in freely. Doing this also means shaking up one’s environment, which can include working with new people, tapping into different parts of one’s personality, and trying new things. Of course, there’s also a little bit of magic involved.

Psychologist Robert Epstein, PhD has done some research that shows that strengthening four core skill sets leads to an increase in new ideas:

So just how much can those things make a difference? Seventy-four city employees in California participated in creativity training seminars aimed at enhancing proficiency in these four areas. Eight months later, those employees were generating ideas at a rate that was 55 percent higher than before. In dollars and cents, that equated to a more than $600,000 bump in new revenue and savings of roughly $3.5 million via innovative cost reductions. Creativity has impressive economic implications.

Creativity in B2B Tech is a Hard Soft Skill to Master

Before anyone thinks I am making disparaging remarks about the lack of creativity in B2B tech — a sector that clearly thrives on finding avant-garde solutions to sticky, complex problems — let me clarify. The broader problem (and one that is largely industry-agnostic) is avoiding the daily grind sandtrap and aiming to inspire creativity in even the most routine settings.

Prior to COVID-19, everyone was familiar with the open office layouts and ping-pong tabled environments that littered Silicon Valley and every other tech hub in America. While the intention was on point, creativity goes far beyond injecting little notions of fun into an otherwise ‘business as usual’ workplace. Even the pandemic has caused a shift in thinking and demanded utmost creativity as workspaces are reimagined from home.

The main focus should be on mixing up each employee’s environment on the regular and encouraging idea-sharing between all employees  — but especially between those who would not otherwise interact. It’s building the habit of forcing people out of their comfort zones to explore new surroundings, new connections, and…new ideas.

Of course, work must get done. There are times when people must simply hunker down to crank out projects, code, and initiatives on a deadline. But infusing opportunities for creativity into each day is a must. It’s not optional…at least not for the companies that expect to be around after the pandemic and beyond. 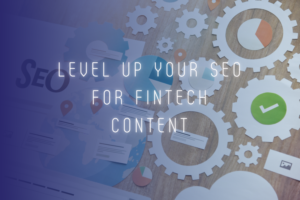 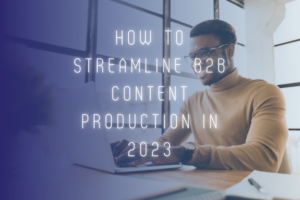