As we move into 2020, questions remain around the state of payments both in the U.S. and abroad.  Innovation and disruptive changes have ushered in a transition period from traditional to digital, but both businesses and consumers are waiting to see how some of these changes will shake out. Consolidation was the name of the game in 2019 — and may continue to steal headlines in 2020. I spoke to the experts to uncover thoughts and predictions for the payments landscape in the coming year.

This is the second in a series of Payments & Fintech Q&A articles featuring thought leaders in the space. Scarlett Sieber, Managing Director, Chief Strategy & Innovation Officer at CCG Catalyst Consulting Group, cofounded a data visualization tech startup and has held numerous executive roles in the banking world with best in class institutions including BBVA, USAA, and Opus Bank. Scarlett is regularly included on lists most recently as Top 5 Fintech Influencers in the U.S 2019 and Top 100 Women in Fintech 2019.

Ashley Poynter:  2019 ushered in quite a bit of consolidation in the payment’s ecosystem (Fiserv buying First Data, FIS acquiring Worldpay, etc.). What do you think this signals in terms of the new landscape of the industry?

Scarlett Sieber: The consolidation seen in 2019 among the major core vendors demonstrates how scale is required to drive revenue, and how central payments are to the industry. The core vendors deliver new products primarily by acquiring smaller rivals, and banks that rely on them will miss out on newer opportunities emerging in the space. Banks have given away a lot of territory in payments, to the networks, to fintechs, and now to major tech vendors like Apple. The customer experience around payments is rapidly shifting. Products like the Apple Card are training customers to move more and more transactions to the mobile device. The Apple Card is issued by Goldman Sachs and Mastercard processes payments, but neither of those logos appears on the card – only Apple’s.

Ashley: What is your “big prediction” for Payments in 2020? Who will the big players be? Also, what technology/(ies) will lead the headlines in transforming payments as we know it?

Scarlett: The Apple Card shows how legacy pieces of the payments infrastructure are fading into the background. The Apple Card does not display a 16-digit PAN or expiration date – it simply works, and ideally within Apple’s closed-loop system. Customers, particularly younger customers, don’t care about Goldman Sachs or Mastercard, but the love their iPhones. The Apple Card’s functionality is mostly within the Apple Wallet, and it is meant to be used with Apple Pay. This will drive mobile payments and be a model for the industry. Not every company can be Apple, but everyone can issue virtual cards, as Bank of America now does with new accounts, that are meant to be used in mobile payments. 2020 will see further erosion of the physical wallet in favor of the smartphone.

Ashley: By next year, 40% of US consumers will be made up of Gen Z. How will this impact digital payments trends as well as how financial institutions respond to changing consumer demands?

Scarlett: We don’t yet know what Gen Z will demand from financial institutions, because we’re just learning how they interact with the world. It is likely they will care less about products and more about the overall experience, which will mean guidance and advice in digital form. Gen Z will certainly be heavier users of mobile payments. The process of entering your card number and expiration date will soon feel as antiquated as writing a check, and Gen Z will drive this. Gen Z will also accelerate the decline of cash – 2018 marked the first ever decline in the number of ATMs around the world, and this will continue. As bank branches disappear, ATMs decline, and transactions move to digital, what does this mean for banks and their brands? We’ve already seen the collapse of video stores and cameras – these have found a new home on mobile devices. More and more of the outside world will be sucked into the small screen, and many brands will not survive the transition or at minimum will have to adapt to meet the customer where they are…

Ashley: Mobile payments have been gaining momentum with over one-fifth of the US population using them last year. That said, the US is slower than other countries in adoption. Why? And will this continue to be the trend in 2020?

Scarlett: The strength of the card networks in the U.S. has slowed mobile adoption. Millennials became enamored with rewards cards like Chase Sapphire, and some aspects of that world do not translate perfectly to mobile, but the Apple Card, with its many added features on the device itself, such as transaction context and transparency about spending, will help drive mobile adoption. Much of the world became mobile dependent more quickly than the U.S., because of the lack of infrastructure outside that ecosystem. But U.S. consumers are warming up to mobile payments and this will only accelerate with time.

Ashley: With PSD2 coming into full effect for the EU next month, many wonder if open banking will make its way to the US. What are your thoughts on this? Are there benefits to the US adopting an open banking model?

Scarlett: Open banking is part of a broader conversation around customer control of data, which PsD2 addresses. States such as California are enhancing protections in this area, but generally U.S. customers have very little control of their data. The U.S. lacks, and seems unlikely to implement, a national identity system, that would allow a customer to easily authenticate herself online. Currently our online identities are scattered across dozens of sites, and some of these sites sell that data as their fundamental business. Customers are responsible for repairing the damage and securing the loose ends of their lives, financial or otherwise, when inevitable breaches occur. It seems unlikely that U.S. regulators implement a top-down open banking mandate in the near time as has happened in Europe and even PsD2 is having their struggles.

Banks in the U.S. are slowly making their way there, opening APIs here and there, and allowing API aggregators to access select data. Until U.S. consumers (or Congress) demand more, we will only see incremental and uneven progress. The more urgent problem, given the woeful irresponsibility and lack of reliable security of institutions holding valuable customer data, often without customer permission, is helping customers secure and control their data. I am looking forward to how, moving forward, customers can manage or even monetize access to their data and truly control it.

Ashley: What are your thoughts on Blockchain and its role in payments in 2020?

Scarlett: Blockchain has interesting implications for the problem of identity management and customer control of data, and managing the transfer of assets in capital markets. But consumers care little about such backend systems – they just want to look at their balance and upcoming bills to see if they can afford this or that item. But interest has revived in cryptocurrency, not coincidentally as bitcoin’s price has shaken off the doldrums of the past few years. But bitcoin is viewed more as a store of value than medium of exchange. Banks generally are not thrilled about it for many reasons, among them the notion of tainted coins. Although there are no chargebacks with bitcoin, a particular coin, which carries a long history on the blockchain, may have been involved in a drug deal, or scam of some sort. Because the coin can be identified, it might be demanded back by someone who was victimized or defrauded in the past. This sort of thing makes banks skeptical and typically stay an arms length away. Facebook’s Libra is an interesting attempt to use cryptocurrency, or purely digital currency, to bring financial empowerment. Time will tell how that works out. But banks in the U.S. wanted no part of it, and until they do, cryptocurrency will likely have trouble moving to a mainstream medium of exchange.

Stay tuned in the coming weeks. I will be interviewing more experts on the evolution of the payments world, shifts in the ecosystem, and what to expect in 2020.

If you’re interested in participating in one of our Q&A With the Experts series, please send us a note here. 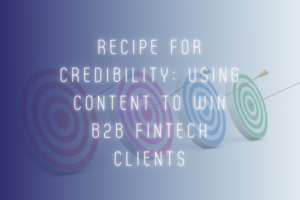 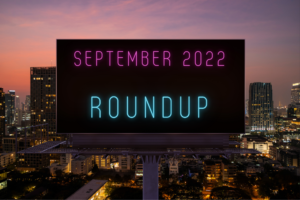 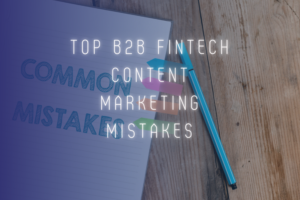